As recently as the 1970’s, women’s history lacked substantial inclusion in the K-12 curriculum or in general public consciousness. To address this situation, the Education Task Force of the Sonoma County (California) Commission on the Status of Women initiated a “Women’s History Week” celebration for 1978.

The week of March 8th, International Women’s Day, was chosen as the focal point of the observance and was met with enthusiastic response. Dozens of schools planned special programs for Women’s History Week and over one-hundred community women participated by doing special presentations in classrooms throughout the country and an annual “Real Woman” Essay Contest drew hundreds of entries.These efforts called for a need to secure a “National Women’s History Week.”

In February 1980 when President Carter issued the first Presidential Proclamation declaring the Week of March 8th 1980 as National Women’s History Week. In the same year, Representative Barbara Mikulski, who at the time was in the House of Representatives, and Senator Orrin Hatch co-sponsored a Congressional Resolution for National Women’s History Week 1981. This co-sponsorship demonstrated the wide-ranging political support for recognizing, honoring, and celebrating the achievements of American women.

Honoring the Stories of Women in Veterinary Medicine

In honoring the progress of women in the profession, please take a moment to read about the strength and courage of Dr. Florence Kimball, Dr. Dorothy Segal, and Dr. Alfreda Johnson Webb.

A native of Worcester, Massachusetts, Florence Kimball entered Cornell in the fall of 1907 and graduated with 21 men three years later. She returned to Massachusetts and renovated a stable in Newtonville in which she opened a small-animal hospital. Though relatively little is known about her practice, there is no reason to believe that it was not successful. In fact, in the January following her graduation, Dean Veranus Moore received a letter from Dr. Kimball indicating that her caseload was more than ample.

Within a relatively short period of time, however, Dr. Kimball left veterinary medicine to enter the nursing profession. She trained at a hospital in the Boston area, may have served in the Army Nurses’ Corps during World War I, and later worked at the State University Hospital in Oklahoma City, where she spent the remainder of her career. She died on her farm outside Oklahoma City in 1947.

by Tom McPheron from AVMA

When Dr. Dorothy Segal enrolled in the Michigan State University preveterinary program in the 1930s, she had already overcome some challenges—a car crash delayed her planned entrance into college by almost six years—but it quickly became clear that there would be other hurdles in front of Dorothy and the other young women in her class.

“There were seven girls in my class, and that was considered to be just an enormous amount (of women in veterinary school),” said Dr. Segal. “The dean at the time (Dr. Ward Giltner) did not want women. He said, ‘Go back to the kitchen.’ He literally said that. The first speech he gave was, ‘What are you doing here?’ and he was not joking. I thought to myself, I’m going to make friends with that man if it kills me. … Ultimately, we really became friends.”

Only two of the seven women bold enough to enter the Michigan State University veterinary program graduated and became veterinarians. Dr. Segal graduated in 1943, but she said she never felt like a pioneer, explaining, “I didn’t know it was strange for me to enroll. I guess I was naive.”

But one thing is clear: if Dr. Segal and her classmates were trailblazers, then the trail is officially open—wide open. Today, women outnumber men in veterinary classes by more than 3-to-1. After students receive their veterinary degrees from colleges and schools across the country in May and June, women veterinarians outnumber men, according to the American Veterinary Medical Association.

Dr. Johnson Webb went on to serve as a legislator, holding several positions within the Democratic Party of North Carolina. In 1971, she became the first African American woman in the North Carolina General Assembly, serving on many committees including serving as the Chairperson of Minority Affairs, president of the Democratic Women of NC, and a member of the NC Council on Sickle Cell Syndrome. We honor Dr. Johnson Webb as a pioneer in our field and a champion of justice and democracy. 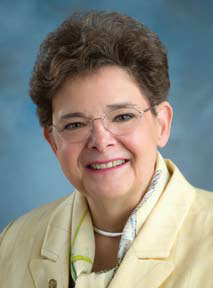 Dr. Leininger’s distinguished veterinary career spans more than 50 years and includes service as a private practitioner, volunteer leader, industry executive, and spokesperson for the profession.  A 1967 Purdue DVM graduate, Dr. Leininger is most widely known as the 1996/1997 President of the American Veterinary Medical Association and was the first woman elected to that office in the 146 year history of the organization. As President of the AVMA, Dr. Leininger introduced many initiatives that developed into major programs for the AVMA, including the National Commission on Veterinary Economic Issues (NCVEI), the AVMA State Legislative Initiative and the AVMA President’s Washington Roundtable. Dr. Leininger recently retired from her role as Vice President, Veterinary Relations for the Hartville Group. She now plans to devote considerable time to volunteerism focused on the student debt issue.