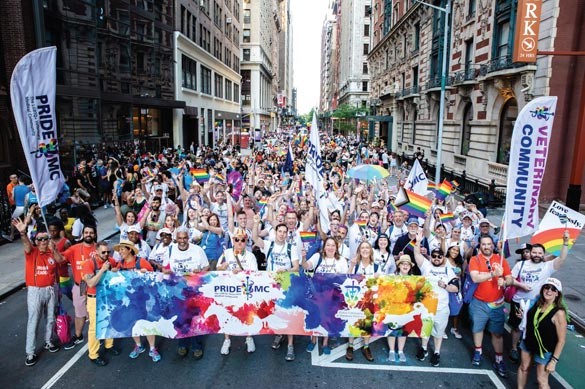 This summer, the UF College of Veterinary Medicine supported the Pride Veterinary Medical Community during 2019 WorldPride NYC. Close to 400 veterinarians and friends from across the country turned out on June 30th for one of the largest gay, lesbian, bisexual, and transgender pride events in the U.S.

Pride Veterinary Medical Community coordinated the gathering for the 2019 New York City Pride March. The event capped off WorldPride NYC 2019, a series of LGBT events and celebrations in June, marking not only the 50th anniversary of the Stonewall riots, which launched the gay rights movement, but also the first time WorldPride was held in the US. An estimated 4 million people attended the 12-hour march, including nearly 700 preregistered groups.

Dr. Kirk Breuninger, Pride VMC executive director, said: “With over 100 veterinary organizations publicly supporting the event, this is the first time the veterinary profession has come together at this large of a scale to demonstrate support for the LGBTQ+ community. The WorldPride march celebrates the progress made towards LGBTQ+ liberation and underscores the need for continued LGBTQ+ equality.”

In late October, we invite all CVM faculty, staff and students to participate in the Gainesville Pride Parade and Festival. The parade kicks off at noon at 7th Street and West University Avenue and proceeds on University Avenue to South 1st Street. Sign up at gainesvillepride.org to be a part of the parade. 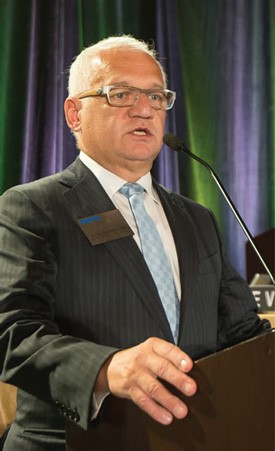 When the AVMA House of Delegates elected Joe Kinnarney, D.V.M., M.S., to serve as AVMA’s president-elect in 2014, it was a victory for a man whose career in organized veterinary medicine had started nearly four decades earlier at Cornell University as a member of the Student Chapter of AVMA.

Gay and lesbian veterinary professionals celebrated, as one of their own would ascend to the AVMA’s highest office. And the House of Delegates proved that character and vision are what matter when choosing a future president.

Over the course of the AVMA’s 153-year history, leadership positions within the organization have been held almost exclusively by white, presumably straight men who, until relatively recently, constituted a majority of the veterinary profession. The most high-profile exceptions have been Drs. Mary Beth Leininger, Bonnie Beaver, and René Carlson, the only women to serve as AVMA president.

Kinnarney is the first openly gay AVMA president, a distinction he considers incidental compared with his agenda for increasing AVMA’s membership value.

“I don’t see myself as a pioneer or a role model or as having shattered any ceilings,” the 62-year-old mixed animal practitioner from Reidsville, North Carolina, said. “Unless someone asks me, I don’t think about being gay. It’s just my life. It’s who I am.”

During the yearlong presidential campaign, Kinnarney didn’t make his sexuality an issue, but instead focused on his plans to address skyrocketing veterinary education debt, depressed starting salaries, and professional wellness. Neither did Kinnarney hide his relationship with his then-partner, and now husband, Bradley Marlow-Kinnarney, his constant companion on the campaign trail.

Since assuming the presidency last July, Kinnarney has come to understand that his casualness about his sexuality is not universal. Several gay and lesbian veterinary students expressed their surprise and delight over a gay man being president of their professional association. One particular encounter was especially poignant for him.

“This student, he was so in the closet, afraid and scared to death to come out. Then when he saw me, he said, ‘You changed my life, and you changed the way I see my profession.’ It made me realize that I’ve been very fortunate, but other people are still struggling,” he said.

For Dr. Beth Sabin, AVMA associate director for international and diversity issues, the encounters he described perfectly illustrate why inclusion is a core value of the association.

“If you don’t see yourself in a particular profession or leadership position, then it’s harder for you to access that” as a possibility,” Sabin said. “The significance of being the first anything may not be obvious to that leader, but it’s important to those who identify with that person.”

Kinnarney is a companion animal practitioner and president and chief executive officer of Reidsville Veterinary Hospital in Reidsville, N.C. He has been an active participant in organized veterinary medicine since serving as president of the student chapter of the AVMA at Cornell University College of Veterinary Medicine. His service to his alma mater continued after graduation; he has served three terms on the College Advisory Council and currently serves on the Baker Institute Advisory Council. 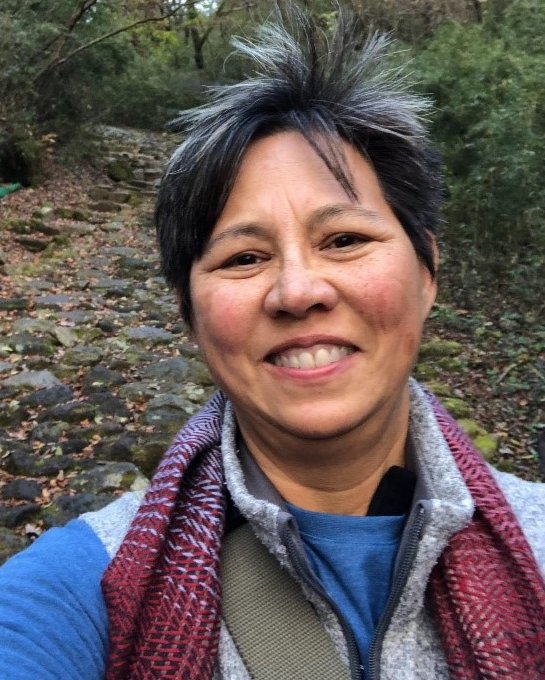 Sandy Hazanow, D.V.M., moved to the Bay Area after graduating from Tufts University School of Veterinary Medicine near Boston in 1992 to complete an internship in critical care medicine and surgery. She then joined an emergency practice team in San Francisco and continued to pursue her interests through post-graduate practice and education.

Hazanow has a style that incorporates an interactive and collaborative approach with advanced medical and surgical care. Her professional interests include dentistry, behavior, surgery and internal medicine. 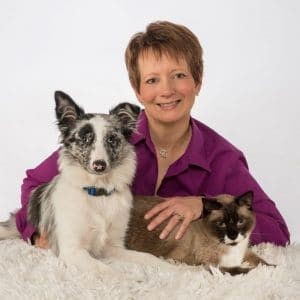 Ellen Lowery, D.V.M., Ph.D., M.B.A., is a professor of practice in animal health at Kansas State University’s Olathe campus. Her role is divided by teaching and administrative responsibilities.

Lowery also helps recruit students to the veterinary biomedical science program at K-State Olathe and serves as major professor to graduate students and as a committee member on graduate student supervisory committees.

She joined K-State Olathe in January 2018.

Before joining Kansas State, Lowery was Director of U.S. Professional and Veterinary Affairs for Hill’s Pet Nutrition. There, she led the strategic development of all programs and partnerships with the veterinary profession, including schools, students, key thought leaders, practicing veterinarians and technicians, and trade and professional associations.

She graduated from Kansas State University with a D.V.M. and a Ph.D. in Comparative Pathology. She completed her M.B.A. degree from the University of Kansas. 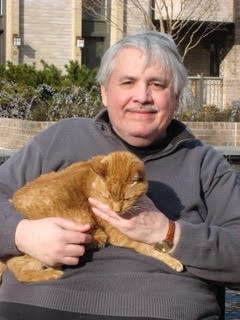 Michael D. McElvaine, D.V.M, M.P.H., D.A.C.V.P.M., received his undergraduate and veterinary degrees from the University of Illinois, earning a Bachelor of Science in biology in 1973, a B.S. in veterinary science in 1974, and D.V.M. in 1976.  He later received his M.P.H. from the University of Minnesota in 1987. From 1976-1985, he practiced veterinary medicine in Kentucky and Wisconsin, focusing primarily on small animal practice with part of his time doing equine and dairy practice.

McElvaine began his federal service in 1987, working with the United States Department of Agriculture in Iowa as a biologics epidemiologist.  In 1989, he began a two-year fellowship in Atlanta at the National Centers for Disease Control and Prevention (CDC) as an Epidemic Intelligence Service Officer.  While there, he served as an epidemiologist with the Childhood Lead Prevention Program. His research included investigations with the Chicago Department of Health and the St. Louis Department of Health. McElvaine’s work with both of these studies was published in leading medical journals.

After completing his assignment at CDC in 1992, he joined the USDA, Animal and Plant Health Inspection Service, in Washington D.C. The idea of risk assessment methods being applied to biological systems was in its infancy at this time. McElvaine and his colleagues focused on development of methodologies using risk assessment for animal and plant disease, and food-borne disease in humans. He published widely in international scientific journals on risk assessment topics and presented his work at national and international meetings.]

In 1992 in recognition of his professional expertise, McElvaine was inducted as a Diplomat of the American College of Veterinary Preventative Medicine. He joined the staff of the USDA Office of Risk Assessment and Cost-Benefit Analysis in 1996, and was later promoted to deputy director, his role until his retirement in 2010.  He was responsible for reviewing major USDA regulations involving food safety, animal health and the environment, including some of the federal government’s landmark food safety legislation that has served as a model worldwide, and was a founder and first president of the Society for Risk Analysis, Food Safety Risk Specialty Group.

McElvaine was an LGBT pioneer advocate. In 1994, he became the founding president of the Lesbian and Gay Veterinary Medical Association (LGVMA, currently known as Pride Veterinary Medical Community) in 1994.  He was a founding member of the USDA Gay, Lesbian, Bisexual and Transgender Employee organization (GLOBE, currently known as Equality USDA) and served as its president in 2000 and 2001. In this role he was frequently spokesmen for the organization, and often met with administration officials. He said one of his proudest moments was the 2000 Pride Month Celebration at USDA that was keynoted by Secretary Dan Glickman and Congressman Barney Frank. McElvaine was appointed as a charter member of the newly created Secretary of Agriculture’s Gay and Lesbian Employee Advisory Committee in 2001, where he served for many years.