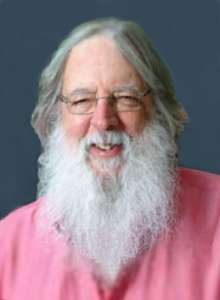 Dr. Curtiss’ early work was in avian genetics on cross breeding of White Plymouth Rock and White Cornish as a better broiler, genetics of bacteriophage P22 of Salmonella, mechanisms of bacterial conjugation in E. coli and use of bacterial minicells for studies of plasmids and cloned genes. Later work focused on establishing the molecular genetic bases for pathogenicity of Streptococcus mutans, Shigella flexneri, Mycobacterium leprae, Salmonella enterica, Escherichia coli pathovars and Bordatella avium. The Curtiss group developed biological containment first for cloned genes and then for recombinant attenuated Salmonella vaccines (RASVs) and most recently for cyanobacteria. The Curtiss lab developed the use of attenuated derivatives of pathogenic bacteria as vectors to deliver protective antigens encoded by genes from other pathogens. Dr. Curtiss also introduced use of transgenic plants as vaccine components and vectors.

Most recently members of the Curtiss lab group have contributed major technical innovations to more effectively deliver protective antigens and DNA vaccines by RASVs to stimulate all three branches of the immune system. This includes development of multiple methods for regulated delayed attenuation and regulated delayed synthesis of protective antigens to better enable vaccine strains to retain wild-type attributes at time of oral needle-free immunization.  This will allow the vaccine to persist and to withstand host defenses, and efficiently evade effector lymphocytes before displaying complete attenuation to preclude induction of disease symptoms. The net result will be the synthesis and delivery of protective antigens to maximize induction of protective immunity. Safety of such vaccines and improvement of immunogenicity was achieved by developing the regulated delayed lysis in vivo attribute to confer complete biological containment and delivery of either protective antigens or DNA vaccines encoding them. These technologies are being used to address problems of global concern to design, construct and evaluate live RASVs to reduce morbidity and mortality caused by infectious disease agents of fish, poultry, swine, cattle and humans. Other efforts are directed at dealing with zoonotic threats and in developing preventative and therapeutic vaccines against cancer.

For more information about the Curtiss laboratory, visit their website.